Taking part in a clinical trial

Your consultant, nurse or doctor may suggest you take part in a clinical trial. Head & Neck Cancer Teams run clinical trials to test new or modified treatments and ways of diagnosing disease to see if they are better than current methods. For example, if you join a randomised trial for a new treatment, you will be chosen at random to receive either the best existing treatment or the modified new treatment

Over the years, trials have improved treatments and led to better outcomes for people diagnosed with cancer. It may be helpful to talk to your specialist or clinical trials nurse, or get a second opinion. If you decide to take part, you can withdraw at any time. For more information

Visit https://clinicaltrials.gov/ – 3 simple steps to find what is available 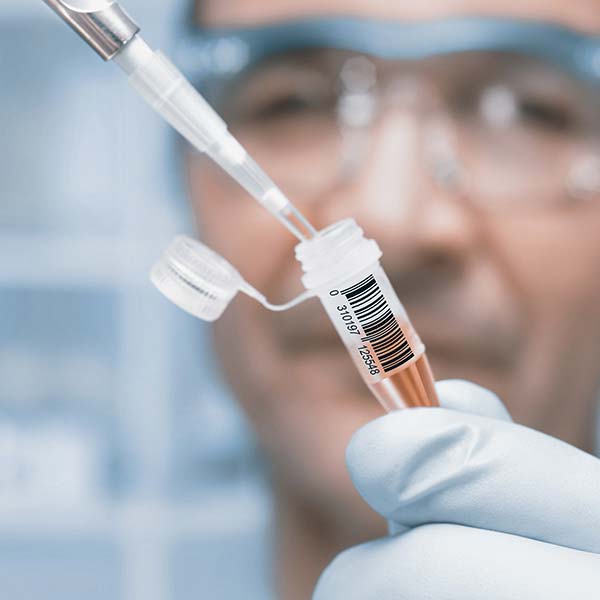 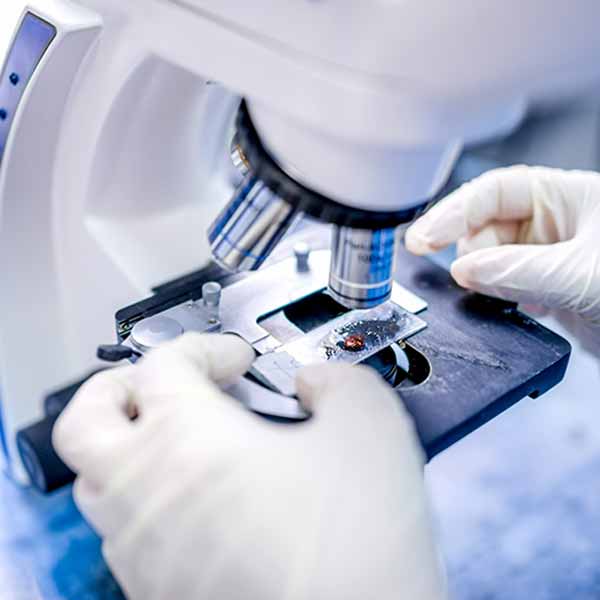 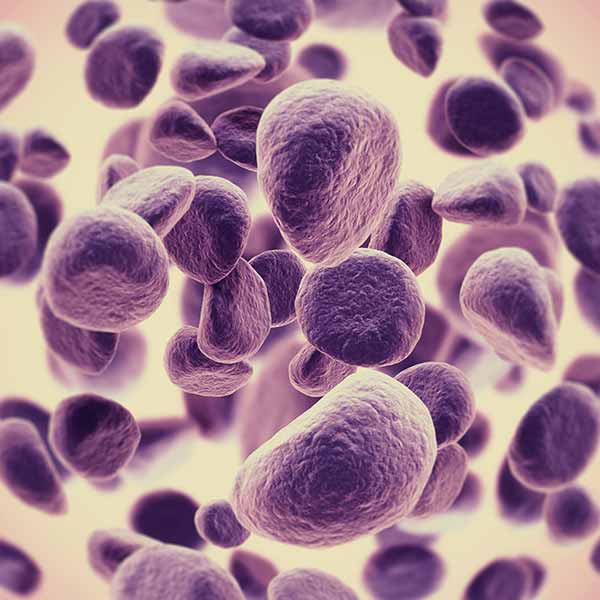 2. How different cancers are treated

The main treatments for head and neck cancers are surgery, radiotherapy and chemotherapy. These treatments may be used on their own, or in combination.

The choice of treatment will depend on:

How different cancers are treated

Oral cancer – is commonly treated with surgery, then radiotherapy if required. Chemotherapy is sometimes used in combination with these treatments.

Salivary gland cancer – is usually treated by surgery, followed by radiotherapy. Chemotherapy is not usually given unless the cancer has spread. Chemotherapy may also be offered as palliative treatment. 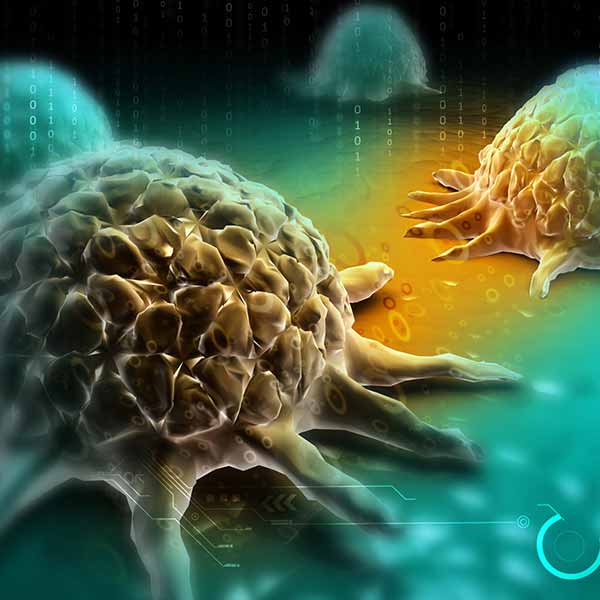 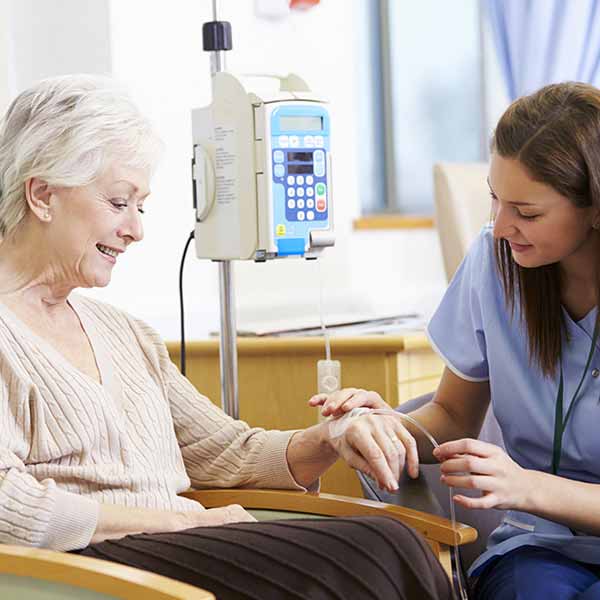 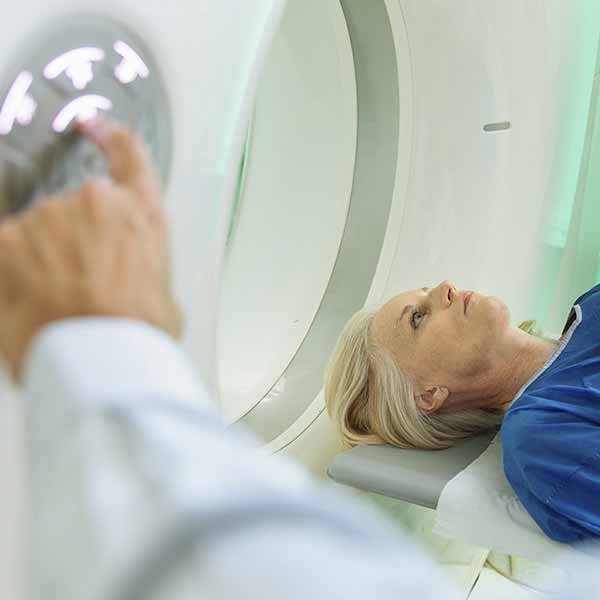 Treatment for head and neck cancer, particularly radiotherapy, can cause dental problems. However, these problems can often be prevented.

The dentist will probably recommend that any teeth that might be affected by radiotherapy are taken out. These teeth may be removed during cancer surgery or before radiotherapy.

If you hold a Pensioner Concession Card or Health Care Card you may be eligible for free or low cost public dental services.

Download some helpful documents to help you along your journey…

The aim of surgery is to remove cancerous tissue and preserve the functions of the head and neck, such as breathing, swallowing and speech, as much as possible.

Before recommending treatment, doctors determine how easy it is to access a tumour using surgery, the likely success of a surgery, and whether it will cause major side effects. They weigh up the benefits and impacts of all the treatments, while taking into account your wants, and your general health.

If surgery is minor, recovery is usually fast. There are likely to be few long-term side effects. For more advanced cancer, surgery will be more extensive, lasting up to twelve hours and often causing longer-lasting or permanent side effects.

If a head and neck cancer has spread to the lymph nodes in your neck, or if there is a chance it will spread, your surgeon will probably remove the nodes. This operation is called a neck dissection or lymphadenectomy. In some cases, this may be the only surgery you have, as the primary cancer will be treated with radiotherapy.

The surgeries for the different head and neck cancers are described on the following pages.

The surgery used depends on the size of the cancer and its position, and may involve:

Endoscopic and transoral surgeries minimise damage to surrounding tissues and are often done as a day or overnight procedure. Reconstruction may be required after open surgery.

There are two main types of surgery for head and neck cancer: surgery to remove the cancer (resection surgery) and surgery to repair any affected areas (reconstructive surgery).

Radiotherapy uses x-rays or electrons to kill or harm cancer cells so they can’t grow and multiply. It can be used alone or with other treatment. Radiotherapy can be given externally or internally.

Radiotherapy to the throat area may cause an underactive thyroid. Some people may need to take thyroid medication after radiotherapy.

Also known as brachytherapy, this treatment is occasionally used for oral cancers. Small tubes containing radioactive material are inserted into and around the tumour. Your doctor will give you more information about this treatment.

Before radiotherapy you may need to be fitted for a plastic mask. Wearing the mask will assist you to keep very still during the treatment.

Radiotherapy to the head and neck can affect your teeth and bones, possibly causing osteoradionecrosis (ORN). Your health care team should include a dentist who takes measures to prevent this damage before treatment begins. 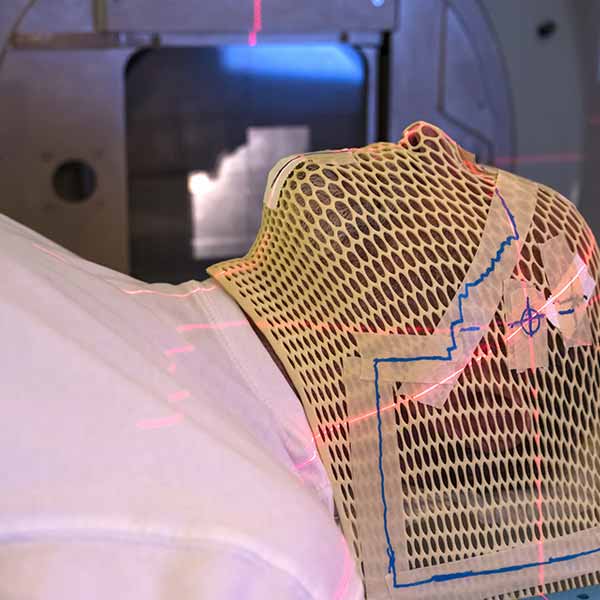 As a support group we would like to advise you that we are a patient – led self-funding charity.

Our sole aim is to help people, and we offer advice based on our experiences in dealing with Head & Neck Cancer. ‘We are here to support patients, carers and their families who have concerns relating to the cancer ‘Journey’

An introduction to radiotherapy

What is it, how does it work, and what’s it for?

Some side effects begin during treatment, whereas others can appear weeks or months afterwards. Most side effects of radiotherapy only last for a few days or weeks after treatment has finished. However, some, such as tiredness or hair loss, can last a few months.

With intensity modulated radiotherapy techniques there is very little normal tissue in the treatment area. So, the risk of side effects is low. But unfortunately, you can still have side effects. As with any external beam radiotherapy, the side effects only affect the part of the body that the radiotherapy treatment is aimed at. Proton therapy is a type of radiation treatment that uses Protons to treat cancer. It’s also called Proton beam therapy. A Proton is a positively charged particle. At high energy, Protons can destroy cancer cells.

In general, common side effects of proton therapy include:

For more information on radiotherapy side effects, see the side effects section of the website 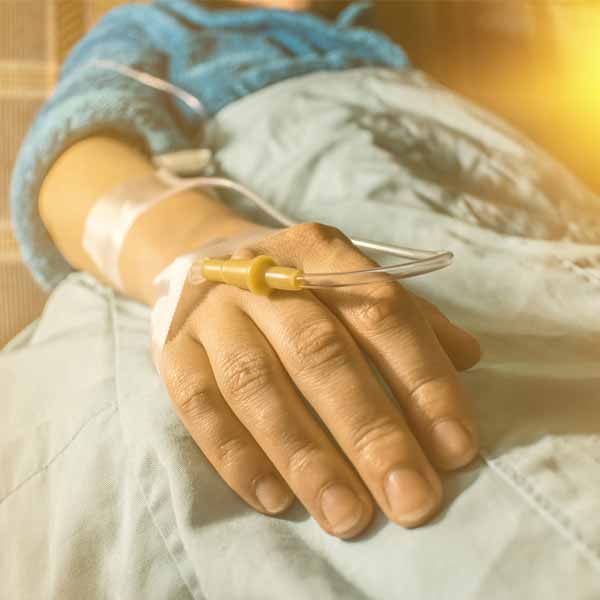 Chemotherapy is the use of drugs to kill or slow the growth of cancer cells. The aim of chemotherapy is to destroy cancer cells while doing the least possible damage to healthy cells. You will probably receive chemotherapy by injection into a vein (intravenously) at treatment sessions over several weeks. Chemotherapy may be given in a number of ways, for a range of reasons: 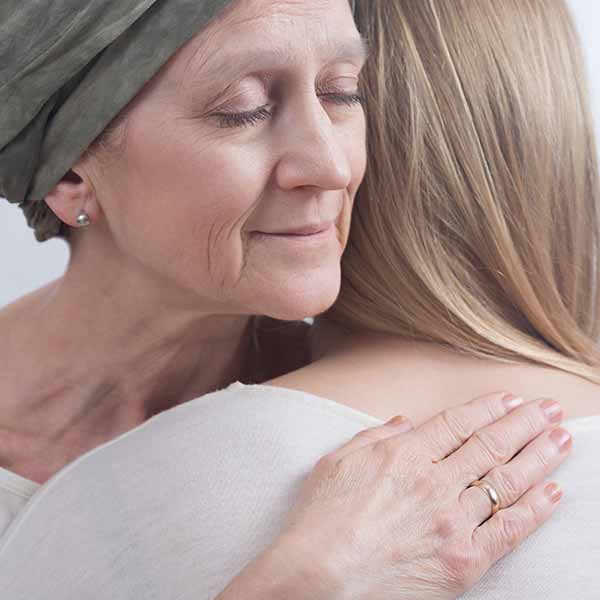 There are many possible side effects of chemotherapy, depending on the drugs you are given. Many side effects are preventable and treatable. Combined chemoradiation may cause more severe side effects than if you have chemotherapy and radiotherapy separately, but the side effects can be managed. The combined treatment approach is almost always only used when the aim of treatment is cure or prolonged remission. 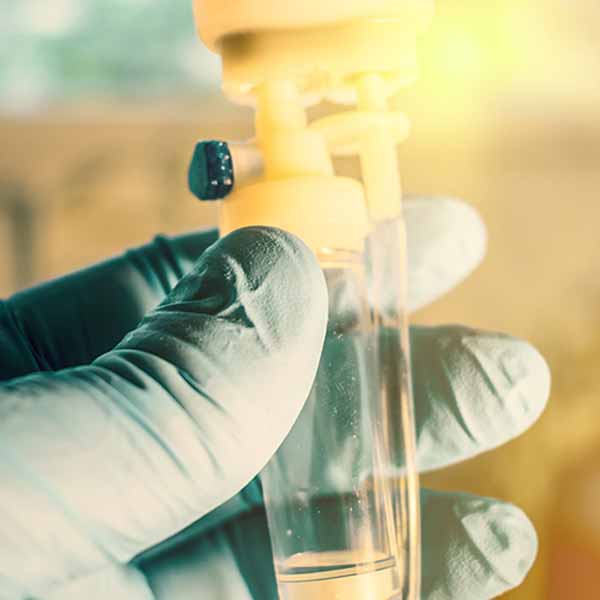 Possible side effects from chemotherapy

Patients with advanced head and neck cancer can experience significant difficulties in swallowing as a consequence of the cancer or as a result of treatment. Difficulty swallowing (dysphagia) is more common in cancer of the back of the mouth and throat and in patients having radical treatment such as chemo radiotherapy or surgery followed by radiotherapy.

There are various ways to help give patients the extra nutrition needed to get though treatment. Percutaneous endoscopic gastrostomy (PEG) tubes we first described by Gauderer in 1980 and are a tube placed in to the tummy under local anaesthetic with sedation (please see the patient information leaflet). The other way of getting the tube into the tummy is using x-rays to guide its placement radiologically inserted gastrostomy (RIG). PEGS are usually temporary and are moved between 6 to 12 months following treatment. In the Unit only 8% of patients treated by primary surgery for oral and oropharyngeal cancer had a long-term PEG. The major PEG related problems are not those of discomfort, leakage or blockage, but interference with family life, intimate relationships, social activities, and hobbies. More can be done to counsel and support patients with long-term PEG placement. Please contact your Oncologist or Clinical Nurse for additional information.

Treatment for head and neck cancer may include surgery and/or oncological treatments such as radiotherapy or chemotherapy. There is also increasing evidence for the use of biologically targeted agents, such as viruses. These treatments may result in physical, emotional and psychological problems. It is common for people to experience swallowing and/or speech and voice problems from the point of diagnosis, for the duration of, and beyond the completion of oncological treatments.

This page is in memory of the great work Phil Johnson, Phil was diagnosed in 2009 and he always said “I was diagnosed with throat cancer back in 2009 and though the care I received was absolutely superb, I was greatly aggravated that my specialist team bemoaned the fact that government spending cuts were having a direct effect on the equipment needed, which is vital to our condition” so he went about setting up his 20-20 charity to support both health professional teams and patients.

The charity meant the world to Phil, he was so devoted to a cause and he did it with so much enthusiasm, with so much energy that he barely had anything left for himself

Phil passed away on the 7th January 2022 and will be sadly missed by all of us and our thoughts go out to his wonderful wife and family.

Palliative treatment helps to improve people’s quality of life by reducing symptoms of cancer without aiming to cure the disease.

Palliative treatment can assist with managing symptoms such as pain and nausea, as well as slowing the spread of cancer. In rare cases, palliative treatment is offered in an attempt to delay the onset of symptoms. Treatment may include radiotherapy, chemotherapy or other medications and always involves consideration of the potential benefits and side effects.

Palliative treatment may be beneficial for people at any stage of advanced disease, as well as those requiring end-of-life care.

Some key resources that may assist you in your journey… 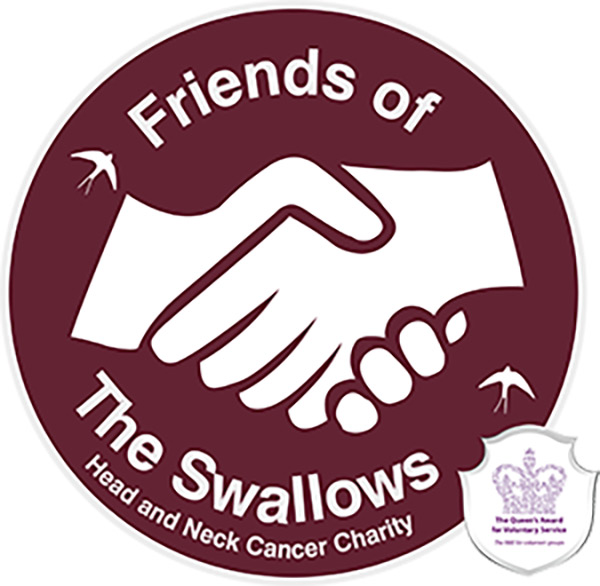 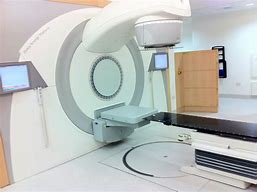 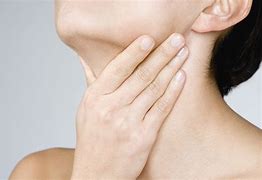